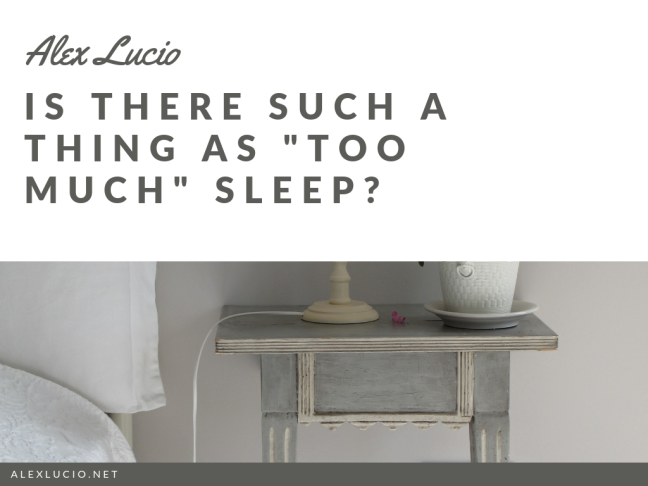 Sleep is an invaluable activity for the body, as it allows for the brain, immune system and all essential body functions to recover after trying to maintain homeostasis for so long. Sleep deprivation is a common problem among most Americans, especially college students and full-time workers. However, is there such a thing known as having too much sleep? Too much sleep sounds like a deal too good to be true, but there is now speculation that may suggest the contrary.

Let’s start with what the optimal daily sleep times should be for every human. Ideally, you should be striving to get at least seven to eight hours of sleep per night. However, most end up falling short of this number instead of 5-6 hours. Deprivation of sleep can cause imbalances within the body, but too much sleep could cause similar cognitive dysfunction. Why?

You should understand that too much of anything, in general, is not good. People who oversleep usually do so because the quality of their sleep or their cycles are not optimal. The purpose of oversleeping is within the name. It is because we constantly require more sleep to compensate for what we miss.

Oversleeping is not just about sleeping for more hours than necessary on a night-to-night basis. The most common cause of sleeping too much is because one lacked enough sleep from the night before.

This can cause the brain to develop what is known as “beta proteins” which is linked to declines in memory, cognitive function, and neuron toxicity. When we get sufficient sleep, the toxic side effects are washed away in addition to other free radicals circulating our nervous system.

Per the authors in the embedded study, too much sleep has been linked with disorders such as depression, decreased physical mobility and increased morbidity risk. Also, by sleeping longer than usual, it’s been speculated that too much sleep could affect specific neurotransmitters in the brain such as serotonin. Side effects of this include lower back pain, stroke, diabetes, and heart disease.

The best way to rectify this situation is to get more sleep and begin from an earlier hour so you do not have to overcompensate. Sleep is valuable, but as you can see, there is a thing as too much.